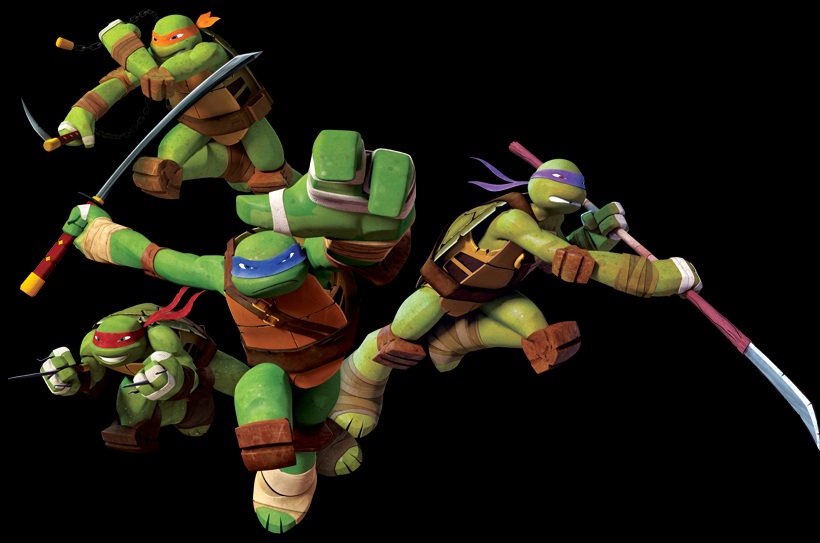 There’s a lot of talk lately about the new Ninja Turtles movie being produced by Michael Bay. Random casting rumors of GOB Bluth (Will Arnett) as The Shredder or Megan Fox as April O’neil have fans scratching their heads and sharpening their pitch forks in preparation. But some die hard Turtles fans are missing the boat on something…The Nickelodeon series is the best version of our Heroes in a Half Shell in a long time.

The new Nickelodeon Ninja Turtles show is able to combine a sense of seriousness in story telling that was sometimes missing in the 87 Series with the humor that was lacking in the 03 Series. But what exactly makes this program so good?

The animation style may put some older fans off at first. It’s in a CG style and when I saw early images I almost immediately wrote the series off. But 20 minutes into the watching the Pilot this became a non issue and I think it fits this universe well. Aside from some of their mutant foes I’ve grown to enjoy the art style a great deal and has opened me up to a whole new world of animation.

But what takes the cake visually is the Shredder who is more frightening and formidable than ever. I also love the re-imagining of Splinter with more human features. It truly makes him more a mix of human and rat than ever before.

The action of each episode is broken up with comic book style stills. This enhances the feeling of the ongoing story. The eyes of the Turtles also change depending on their mood. You will see internal emotions depicted in their expressions. This is done in a very cartoon/anime way and I love it.

I’m not going to spoil much about the story of Season 1. So to keep it really simple. Shredder and Splinter had a blood grudge for years and they re-encounter each other after a while to face off in a war. But juxtaposed is the return of Krang! Well, not exactly like you remembered but I love the reboot of the character and how it plays into the orgin of the Turtles and Splinter. It’s a nod to both the 03 and 87 series while being unique at the same time.

Each episode is stand alone in a way, but there is an overall story arc to the Season. So it’s better to watch episodes in chronological order if possible. At minimum, definitely start with the one hour pilot “Rise of the Turtles.” This episode is the perfect introduction into the the world. 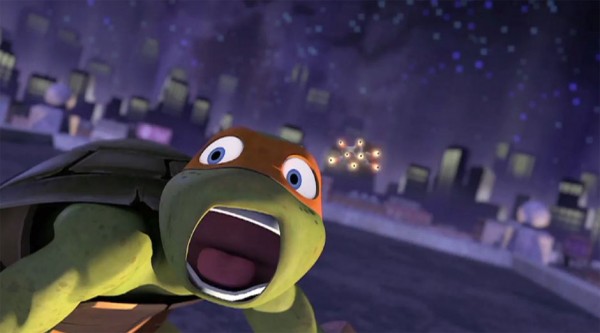 This is where this show really shines. I find these version of the Turtles to be the most well rounded and fleshed out ever depicted on screen. This is due to the excellence of the writers and voice actors.

Leonardo, voiced by Jason Biggs, is the perfect leader. Clearly the one who studies Ninjutsu the most and definitely cocky about this to his brothers. But he’s not as perfect as Leo has been depicted in the past. He has a quirky character trait of religiously watching an in show series called Space Heroes. (Pretty much Star trek)
He quotes the show using cheesy one liners when the Ninjas are in action to the amusement and frustration of his brothers.

Raphael voiced by a Hobbit named Rudy (Sean Austin). He is as bruiting as you would expect, but not as over done as it was in the 2007 TMNT film. He also is very short tempered and in general an ass. But Raph truly loves and protects his brothers more than any of the others Turtles. He’s the toughest, but clearly he is not a leader. On a personal note, Sean Austin get out of all my favorite movies and shows!

Donatello voiced by The Great Rob Paulsen (who voices Raphael in the 87 series) is great at showing his genius and is clearly the least talented fighter. He’s not just a background token “nerdy” character this time. More than any other Turtle he has been neglected in the recent past and relegated with Mikey into the background. Here Donny is obsessed with his research and is always in his head. It’s those internalized calculations that hinders him as a Ninja. Donny also has an incredibly funny crush on April to the amusement of everyone.

Michelangelo voiced by Greg Cipes is hilarious, and also has the innocence of a child. He is not that bright but not an idiot. He also likes to name their enemies and Donny’s inventions. He doesn’t take too much serious and hits all those Mikey notes one would expect. But at times you can see a switch inside of him that he has the potential to be an even greater Ninja than any of his brothers.

The relationship between the Turtles feels real and all of the actors bring a serious energy and depth to their roles. This makes them a believable family of brothers dealing with the dangers of being mutant superheroes.

It’s all brought together by Splinter voiced by Hoon Lee, who is a true father and General. Not to mention he is more badass of a fighter and Sensei than ever before. You really feel for his story and and relate to his pain. It makes the love he has found with the his new sons all the more emotional. 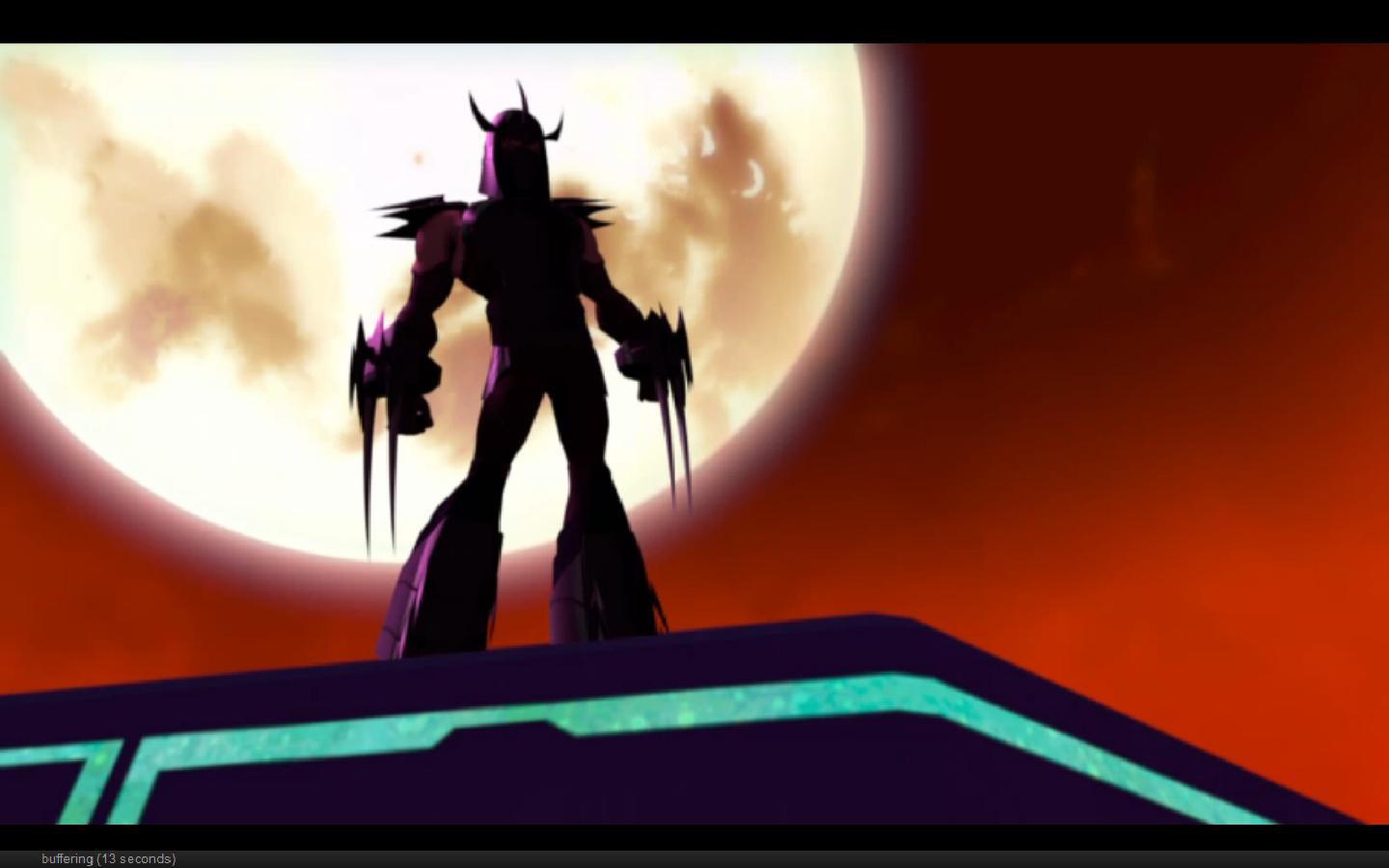 Shredder is menacing without being too goofy. A real threat.

April was chosen to be depicted as a young teenager and I like that for a couple reasons. One, I understand this series is aimed at kids and to have the main human character someone their age will help relate the audience to the world.

My other reason is I hope when they introduce Casey Jones he will be like the 87 series. Basically more of an irrational animal then sexy vigilante love interest for April. Please save me from the April and Casey romance yet again.

There are also many one off characters and more reoccurring ones I did not name. There are some that I love and other not so much. I’m also not too found of decisions made with certain villains in the story, but that’s personal opinion. There’s a rich array of mutants and humans that we bump into within every episode and the good outweighs the not so good. 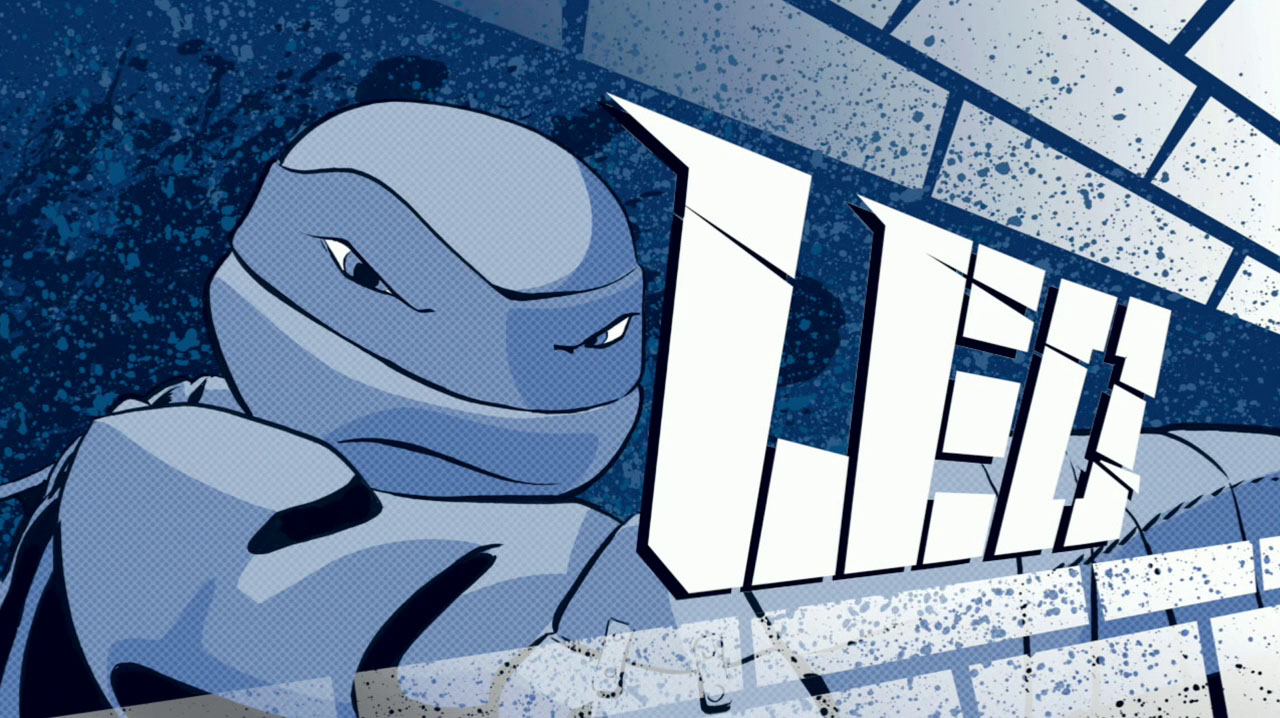 Love for the past

This show is a true love letter to fans of Ninja Turtle history. Some nods are wrapped inside the plot while others are just passing references. The show maintains its own universe while taking a bow to the past.

It’s not a nostalgic piece like Turtles Forever but it knows what the franchise is capable of and isn’t afraid to use all it has in its bag for full effect. The writers and producers obviously have a huge love for the source material. 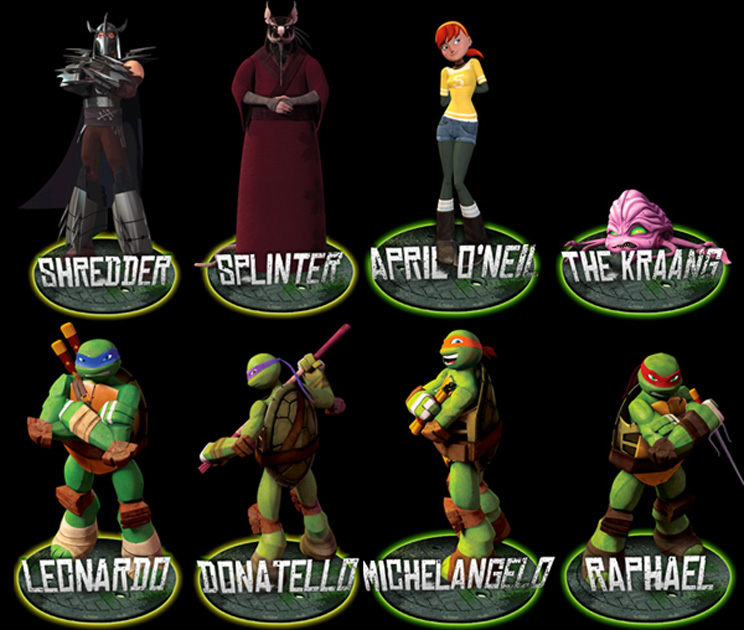 A lot of people including myself were very quick to dismiss The new Nickelodeon Teenage Mutant Ninja Turtles series as a kids show and put it the box with New Mutation that says “do not open.” I did not like the early images, trailers, and in general prefer traditional animation to CGI. I decided to watch it anyway and gave it a shot and now it’s one of my favorite shows on TV. True greatness is transcendent of medium and this series hits on so many notes.

The show is not perfect and some stand alone episodes are not quite as captivating as others. There are a few of the animations on the main adversary mutants that looks a bit silly and few story choices I may of liked to turn out differently. But those are just nitpicks. The series has already been renewed for not just a Season 2 but a Season 3 too so it’s here to stay for a while.

Older fans, If you feel strange turning on Nickelodeon borrow someones kid or get you own and watch it with them. This show is funny for TMNT fans all ages.

Watch the dam show and enjoy the ride!

The Issues Program Episode 6: The...