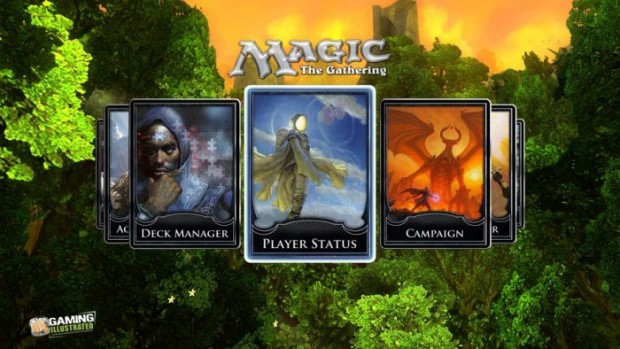 Magic: The Gathering-Duels of the Planeswalkers 2013
Microsoft studio

It may seem late to be reviewing a game from last year but it’s for free with Xbox Live Gold. Having purchased Gold this month to play GTA V with my friends online I decided to download Magic 2013. I was a big fan of Magic years ago playing the live card game. How does this game size up to the feel of playing the original card game.

When taking a board or card game and porting it over to a video game the first thing I need to overcome is the controls. How one maneuvers their way through the game is of the utmost importance. This was my biggest obstacle in picking up and playing Magic 2013. It isn’t that I do not know how to play Magic or I forget some of the terms (which either is easy enough to pick up with the game’s excellent tutorial system) it’s that I didn’t quite understand what buttons do what. There is a timing and pausing that goes into completing moves. The biggest issue I was having is with casting instantaneous spells to do during my opponents turn. For whatever reason took me a long time to figure out the timing. I also had difficulty learning how to properly zoom in and look at the other people’s cards and keep up with that was going on. It just took a while to think about the game of Magic as a whole rather than worrying about about my environment and moves. 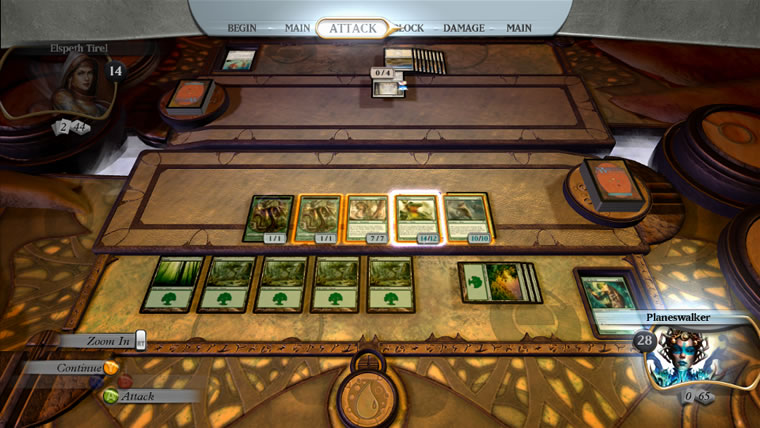 But once getting over that I found the game itself a very excellent representation of what it feels like to play the game Magic. The online system works very well too. You can matchup in free-for-all’s, 2v2 team or the game has a another feature which is very unique called Planechase. Players roll a die and then draw a card that sits in the middle of the board that causes some universal effects to everybody to create chaos or help certain depending on the situation.

There’s also a campaign mode where you can play through a different a bunch of different stages and encounters which can be difficult challenges with opponents with unique abilities, or you face off against opponents who’s decks you can unlock when defeating them. Also whenever you win a battle whether it be online or against a computer opponent you will unlock a card for whatever deck you’re playing with.

My biggest problem with the game is you can’t start a deck from scratch even when all the decks are unlocked. You can just manage the cards in self-made decks but not decide how many lands. This is okay for pickup and play but for long term play and to have a feel of ownership over a deck this is not an optimal process. Part of what made Magic so wonderfully fun was having your own built deck. The game does even the playing field because in some cases in Magic play the people who paid the most have the best deck. It just would of be great if with the decks that you unlocked in game they would give the option to create custom decks. That option would make the game a great deal better. This is something I hope they add to future titles. 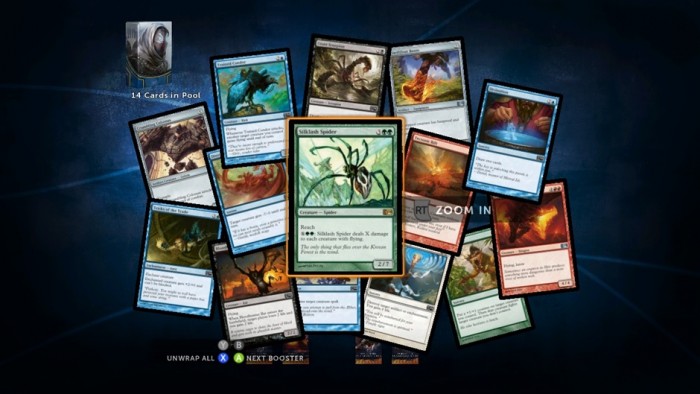 Magic 2013 is not a true representation of what is like to play Magic live but for people that can’t get their hands on decks, find people to play with or it has been so long since you played this might be a good title to pick up. It’s the perfect mild sedative to keep your hunger going until you finally get off your butt and get to the store to buy a deck of cards.