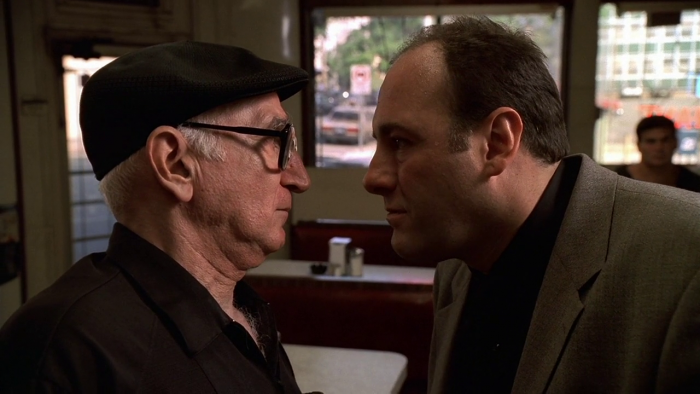 The Sopranos Season 1 Episodes 11-12-13 Live Commentary
We watch the Final episodes and season finale of Season 1 of The Sopranos. I’m joined by Big daddy Matt, Craig and maybe a few other guest to get silly and talk through this fun conclusion to the season.

The Episodes:
Ep11 Nobody Knows Anything – March 21, 1999
A tip from Vin Makazian leads Tony to make a tough decision regarding one of his most trusted friends. Tony has Paulie Walnuts keep an eye on things. Junior, Mikey and Chucky Signore, after conferring with Livia, conspire together to consolidate power.

Ep 12 Isabella – March 28, 1999
Despite prescriptions for Prozac and lithium from Dr. Melfi, Tony falls into chronic depression. He hallucinates meeting Isabella, a beautiful Italian exchange student staying at the Cusamanos’, which temporarily lifts his spirits. Junior’s plan is put into action. The FBI pay a visit to the Sopranos

Ep 13 I Dream of Jeannie Cusamano – April 4, 1999
Junior agrees with Tony on the situation with Jimmy Altieri. Tony finds out about his mother and uncle’s plot. He warns Dr. Melfi that her life may be in danger. Christopher, Paulie, and Silvio Dante take care of family business. Tony’s friend Artie Bucco re-opens his restaurant.