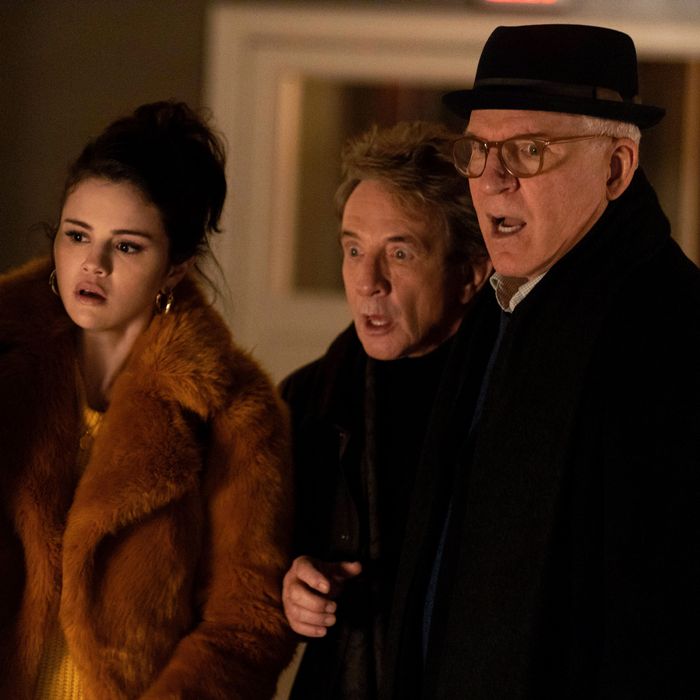 Only Murders in the Building is the New Hulu Series Comedy Murder Mystery created by Steve Martin and John Hoffman and we will be talking about this whole season. This is my official SPOILER Breakdown Review discussion! Let’s talk about everything in the comments and live chat about these first 3 episodes and what to expect for this season!

Episode 1: True Crime
Upper West Side neighbors Charles, Oliver & Mabel bond over a shared love of true crime. When a fellow resident dies in their building, the trio determine to solve the mystery and record an accompanying podcast.
Written By: Steve Martin & John Hoffman
Directed By: Jamie Babbit

Episode 2: Who Is Tim Kono?
The group begins researching the victim. Meanwhile, Mabel’s secretive past starts to be unraveled.
Written By: Kirker Butler
Directed By: Jamie Babbit

Episode 3: How Well Do You Know Your Neighbors?
Oliver employs his theater director skills to analyze the case. Charles & Mabel question an obsessive cat lover.
Written By: Ben Smith
Directed By: Gillian Robespierre