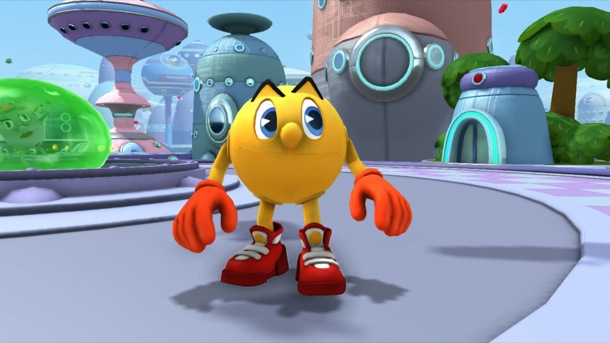 Pac-Man and The Ghostly Adventures
Namco Bandai Games
Wii U

I remember when Pac-Man was the most important video game character in the world. In reality, I was always a bit more of a fan of Ms. Pac-Man, the game, because it had more levels and an actual storyline. No doubt though Pac-Man was the man. He had his own cartoon, pinball games, toys and several titles of video games that used the Pac-Man family. My personal favorite was Super Pac-Man with the magic power pellet that turned you into a giant Super Pac-Man the covered most of the screen and destroyed everything in your path. 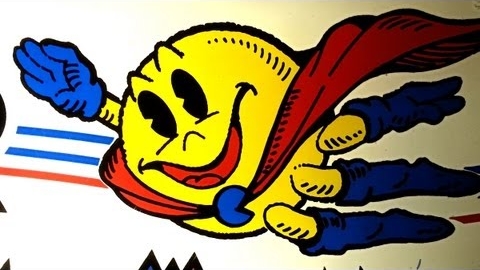 As I mentioned there was a TV show that I was a fan of at the time. It was the standard 80’s format television cartoon that pit the villains (the ghosts) versus the good guys (Pac-Man and his family). A similar setup as G.I. Joe, WWF and many others.

Sorry for the sidebar but this is relevant because I guess there is a new animated show about Pac-Man for kids that I have never seen or heard of before. And this game Pac-Man and The Ghostly Adventures is based on the show. This was unknown to me when picking up this title. I imagined this being some standard mini game collection with a lot of Pac-Man oriented party games. What I found was a platforming game thats gameplay is surprisingly deep for a licensed title. There are clever and interesting ways to maneuver your way through Pac-Man’s world. The game at times can feel a little bit easy and maybe a bit rushed but it’s a fun title at a good price point of $40.

Pac-Man and The Ghostly Adventures is a platforming game in a 3-D environment in the same vein as Mario 64. Pac-Man wanders around each level interacting with many of the characters from the television show and jumping from platform to platform eating ghosts and pretty much anything else he can find. By doing this he finds a myriad of power-ups along the way. These power-ups are really fun. One example is an ice ability that allows you to freeze ghosts or other elements like water fountains to kill things within the world and complete the levels. There is also a main hub where you can unlock mini video games that feel very arcade like. While in the hub you can also walk around and talk to a bunch of the characters I assume from the show.

The game is a fun action platform game with one of my favorite video game mascots in history but it does have some problems. Jumping is a huge problem being very unforgiving. It almost feels like a Nintendo 64 game sometimes. This game feels a bit rushed like it needed some more time in testing. Perhaps it was rushed to capitalize on the success of cartoon and needing be on a time schedule. But I think they could’ve had something really special here if they had spent a little bit more time polishing and tweaking to make the “platforming” as fun as eating stuff. 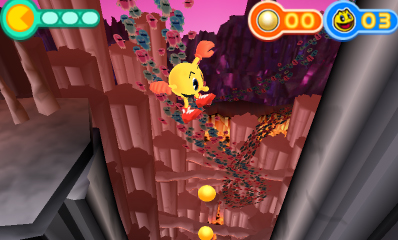 Pac-Man and The Ghostly Adventures is a decent game that for $40 price point and is worth picking up at some point. Especially after the rush of Nintendo Wii U games come out there will most certainly be a price cut. The game can surprise you with how fun it can be at times but the jumping can be very frustrating and the boss fights don’t offer a lot of depth. I don’t see myself ever going back to replay this title but it does have some charm on the first run though. Perhaps I’ll check out the cartoon and if they spend a little bit more time perfecting what they got here they may have a decent grounds for a sequel.

Pac-Man in the ghostly adventures