Gemini Rue: A Real Blast From The Past 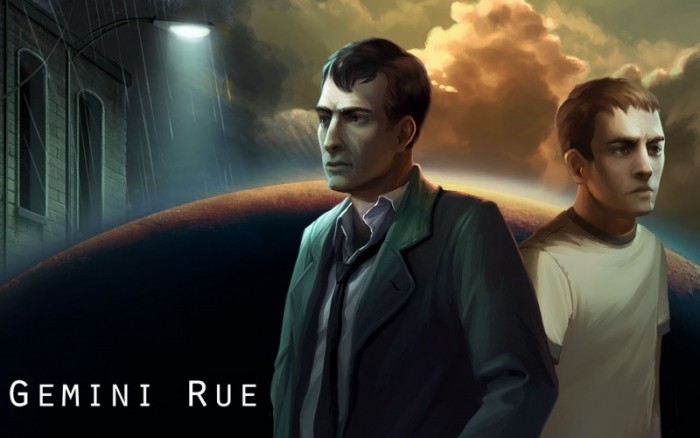 Gemini Rue: A Real Blast From The Past

Gemini Rue from Wadjet Eye Games is an old schol-style point-and-click adventure game originally being released in 2011 but the graphic quality, tone and the feel is in the style of 90’s Adventure games. In 2013 a Mac version was released and that’s the one I had the opportunity to play. 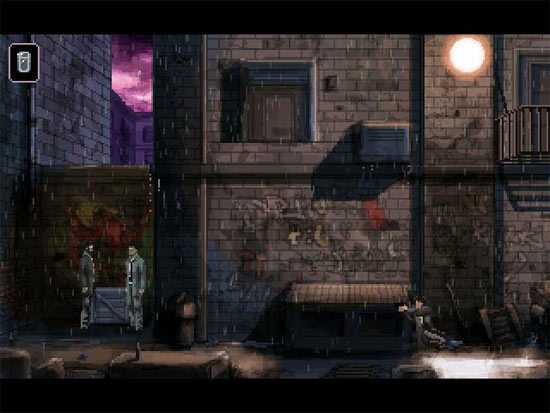 Styling of the game has a very post-apocalyptic Syfi feel. A bit like the world in the Super Mario Brothers Movie. I guess I could’ve said Blade Runner thats more accurate but a bit on the nose and I never want to avoid an opportunity to mention the Classic Mario Brothers live-action movie. Anyway, the game looks great in its style and doesn’t try to be anything that it’s not. Gemini Rue really gives you a sense of nostalgia similar to games like Mega-Man 9, Double Dragon Neon, Retro City Rampage and A Link Between Two Worlds.

The gameplay adds some interesting new kinds of elements to the old formula. Like a duck and cover system, that works really well to add some action to the adventure. But the majority of the gameplay is still interacting with objects, people and solving puzzles. What you would expect. The system works perfectly and everything functions easy. 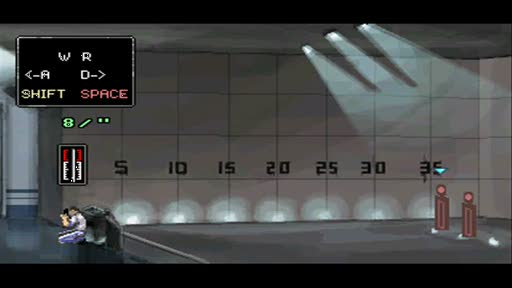 Sometimes you need to repeat situations a few times until you figure out the right course of action but this is what makes these kind of games fun. An enjoyment of the world and a love for the subtlety around you needs to be evident to truly appreciate the greatness. If you’re used to point-and-click games you can jump right into Gemini Rue like a old pair of shoes. It doesn’t quite revolutionize the genre instead excels in bringing you the best quality of the old-school type of game.

The story is what makes the game unique. It follows two plot lines. Eventually the game lets you switch back and forth between depending on which story you would like to play. One of the characters is an ex-assassin turned cop. His story line is the standard “investigating the bad guys” type story line. The other one is a little bit Total Recall like. You are a guy in a testing facility with amnesia that needs to solve the clues around him to figure out a way to break out and remember what he forgot.

Joshua Nuernberger did an excellent job creating a very interesting story that is dark, extremely multilayered and has a really fun conclusion. The game is also completely voice acted. It’s all very well done although maybe a little inconsistent in performance and quality. Even with these inconsistencies in voice acting the script is very very fun and makes you want to rush to finish the game to see what will happen.

Gemini Rue is a blast to the past. If you are fan of the Sierra or the LucasArts point-and-click adventure games this is essentially a must play. The game is nearly perfect in its design. It looks and plays exceptionally and connects to that nostalgic feeling of my childhood playing these types of games for the first time. I hope it can do the same for new gamers today.