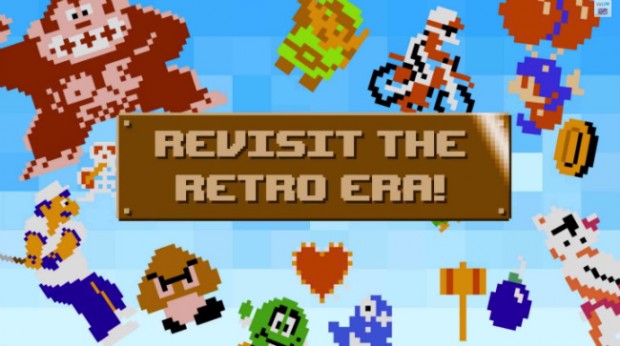 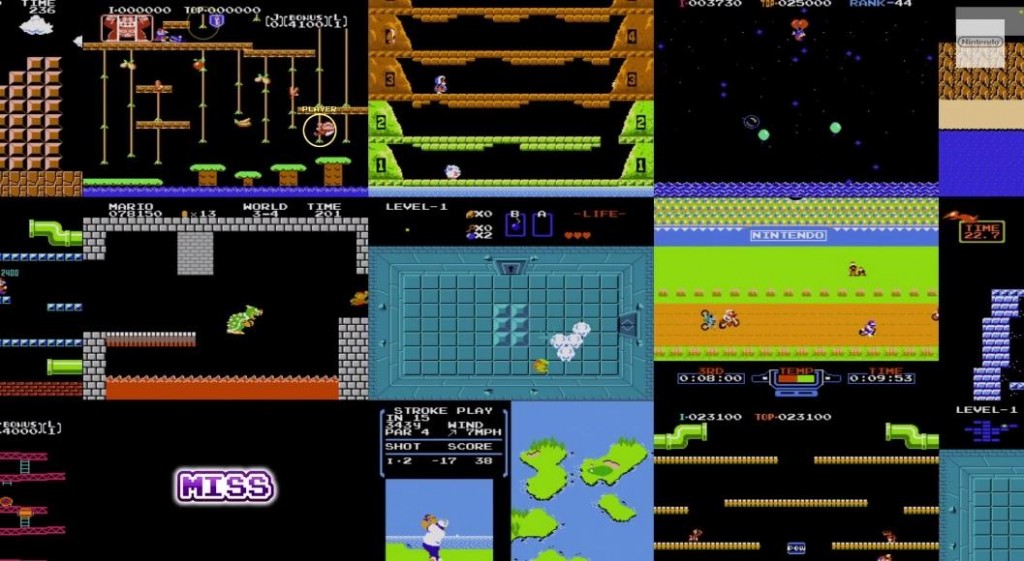 Nintendo games historically have been prime for people to hack. Homebrew versions Zelda and Mario and many Nintendo franchises have always been the mainstay across the Internet. The Wii also enjoyed an exciting second life with an amazing Homebrew channel. Not to mention I’ve recently been enjoying Project M a Mod for Super Smash Brawl to make it more like Melee and 64. But now Nintendo’s decided to take on the reins of messing with their old titles themselves or allowing someone else (Indieszero) to do it.

NES Remix can be a little hard to explain. If you’re familiar with the Wario Ware Games it has a similarity in presentation, but at its core it takes some classic NES titles and tweaks them and combining them in interesting ways.

The game offers individual game modes for most of NES title available. The Legend of Zelda, Super Mario Brothers, Excitebike and many more are there for your enjoyment with unique challenge that range for easy to insane. You unlock more games by competing in these challenges. 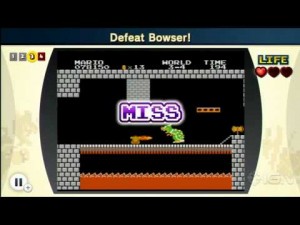 Some examples of challenges are: complete a Super Mario level without while running full speed or in Zelda you need to find all the passageway in set amount of time. As you beat each level you get awarded stars and sometimes stamps. Stars and other factors get points and the more points unlock more level more levels and more games etc.

Also included are 50 remix levels which give a very interesting challenges and also combined some games. Like playing Donkey Kong as Link with the inability to jump or pick up a hammer. Some of these challenges are just not fun. In fact some of them are really difficult and could create extreme rage filled moments of delight or horror depending on what you are in to. 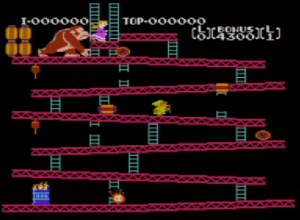 The game is not without some problems. The controls on the U-Pad are okay and of course off TV play is always great, but they do to take some adjusting when playing a few of the games. It’s just being completely used to playing the games on NES controller. 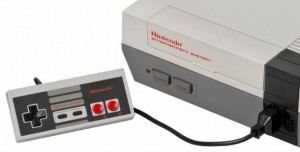 Some of the challenges can be very very difficult to get 3 stars and if you’re prone to rage this might not be the best title for you to play. Another fault in the game is no true multiplayer option of any kind. It’s fun to pass the controller back and forth but no two player option no online or even in game arcade like name input leader-board or anything like that. And with some of the games like Mario Brothers and Balloon fight which had two player options in the original tittle the lack of 2 player option is noticeable.

There is also a Bonus mode. After you get to a certain point mark or stars and unlock all the games Bonus mode starts being unlocked. Bonus mode gives you a few more remix type levels and a few other NES games that are thrown in there one of which being NES Baseball. A game I played way too much as a kid and have amazing skill at. In fact, I challenge anybody in the world right now to a game!

Anyways I feel like some of the titles chosen were the best possible NES games. Who the hell wanted to play Clu Clu Land ever again. I know I didn’t. Games like Punch Out, Metroid and Kid Icarus were very much missing. I hope to see some (Free) DLC for this in the future or a sequel. Everyone is also saying this but this opens up another great franchise for Nintendo if they continue down this road and make more remix type games with Snes, Nintendo 64 and GameCube titles. Not to mention the Gameboy and the DS library would be great to see for the 3DS. I think this has to happen. 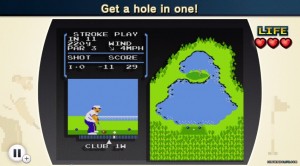 NES Remix is a cool compilation that pushes old-school Nintendo titles to new hights and lets you get really frustrated by them all over again. I love what Nintendo is doing with this title and hope to see a lot of other unique E shop titles on the Wii U as they have done with the 3DS.

If you are a pure fan of old school NES titles and you want to really challenge yourself and play these games like never had before this is the game to download. WARNING you may have a few rage quits along the way and have an urge to toss the gamepad across the like a frisbee.

I think Nintendo is thinking creatively and outside the box with Remix. The game really gives old school players that have been going at these games since they first got that little gray box and new players a unique look. The later parts of this game get very difficult and no matter how many times you played these games in the past it offers fresh new perspective and challenge. 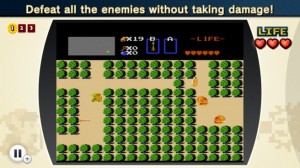